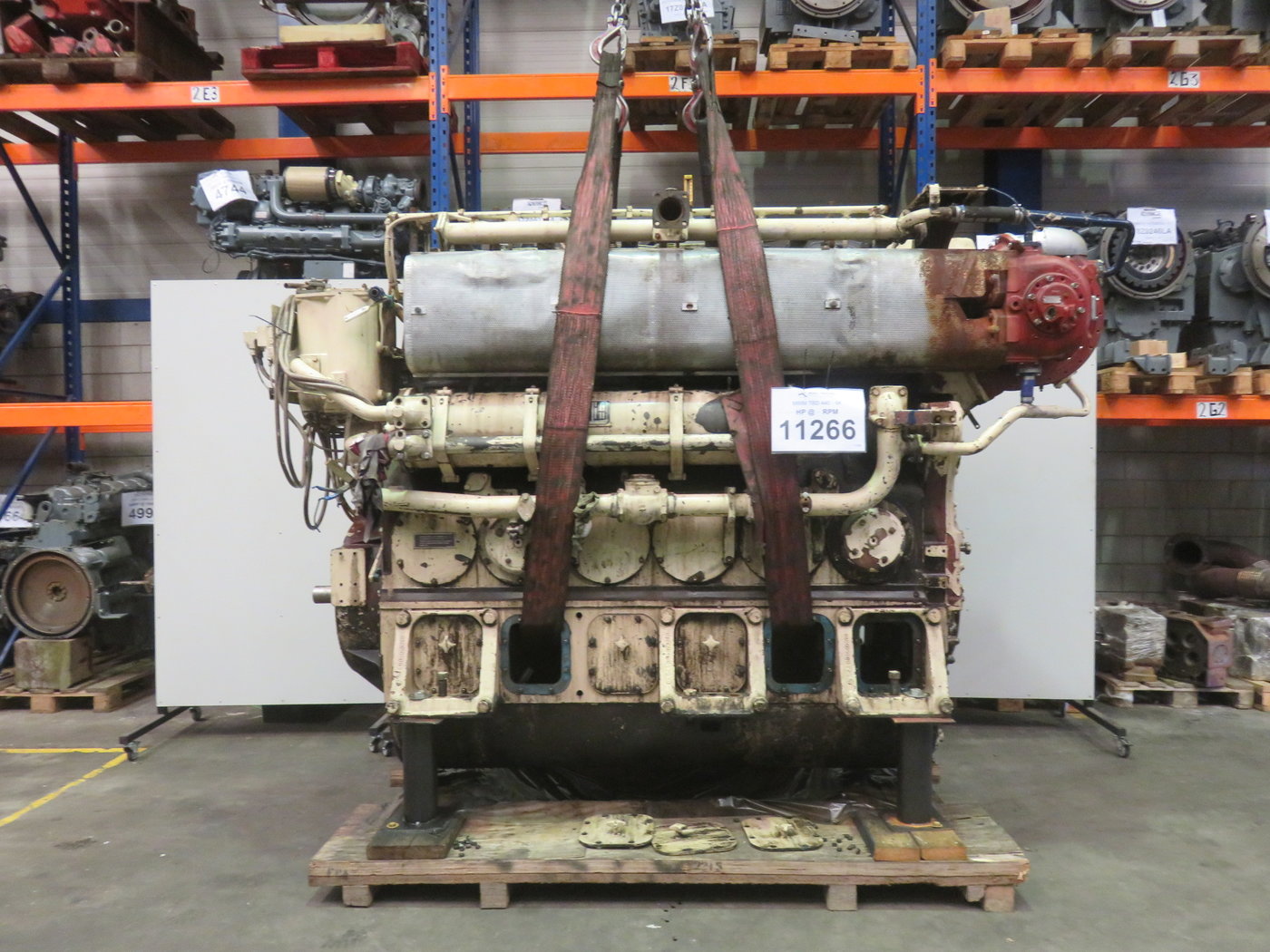 The marine life is a different experience for machines due to both the saline and hydro states. Purchasing used marine diesel engines require some technical expertise for the buyer to get the value for money. This article will shine some light on the various models of engines, their abilities and adaptability features for such an environment. Each of the engines has undergone through our safety checks, lifespan audits and repairs to enhance their shelf life. We also have the details of previous owners, just in case, there is some information we need that might help in evaluation.

• The 3508 DITA is a strong engine, with a 775 horsepower and 1800 revolutions per minute (RPM). The exhausted system and turbo are both water-cooled, while the flywheel is 18 inch. The governor is mechanical with a keel cooling system.

• The D398B is a 750 horsepower engine with an RPM of 1200. It is one of the popular used marine diesel engines, thanks to its adaptability features. The lifespan and the RPM of this engine can be improved if matched with a V12 component.

• S12R – PTA is a heavy-duty engine running on a 1635 horsepower and a 1220 kW. It has an engine speed of about 1500 RPM running on an electronic governor. With a direct injection fuel system and a coolant capacity of 335 litres, the engine has a compression ratio of 14:1 and maximum fuel consumption of 260.6 litres per hour.

• The S6B – PTA is a smaller version of the S12R. Its horsepower capacity is 300 with 1800 rotations per minute. It is a 6 cylinder engine, inline arranged with a compression ratio of 15:1. It also boasts of a turbocharger and a 4-cycle water-cooled system.

3. Volvo Penta is also a common brand in marine machines. We have two models in-store; the D12D-B MH and the TAMD-122A

• The Penta D12B-D MH is a smaller engine with 395 horsepower capacity and consumes energy of up to 294kW. Its rotations per minute tallies about 1800.

• Penta TAMD – 122A specifications are slightly smaller than the D12D-B; 375 Horsepower, 280 kilowatts and 1800 rotations per minute. It is a 6 cylinder inline configuration, with a compression ratio of 14.2:1. With a keel cooling system and an electrical governor, the TAMD – 122A can run on one engine if the other fails.

• NT – 855 engine models has an RPM of 1800 with a 6 cylinder inline engine formation. Its displacement capacity is 14 litres and a bore by stroke ratio of 140 and 152 millimetres. The compression ratio is the same as the NTA series but the NT series has a mechanical governor.

• The 16V – 149TI is a 1300HP engine, with massive flywheel housing of Sae-0. The propelling governor is the variable speed, a dry turbo and a keel cooling system. Total weight of the engine is 4250 kilograms.

7. Baudouin 6M26SR is also one among the many credible marine engines. Its horsepower ranges from 450 to 600 basing on the specifications across the series. It consumes energy of between 331 – 441 kilowatts and an RPM range of between 1800 and 1950.

8. John Deere 6068 Fire Pump Set is a 6.8 power tech engine with an energy consumption range of between 139 – 166 kilowatts. It is a 4 valve cylinder with credible response time. It also has a closed keeled cooling system with replaceable cylinder liners.

9. The Deutz has a 6M 628 series engine which has a 1496 horsepower and 1000 rotations per minute. Its power governor is mechanical with a water-cooled exhaust and turbo systems.

10. Scania has a marine engine model DS 14 – 40 A21S. Scania is a brand known for excellent mechanical output, and this marine engine is no less. It is a smaller engine compared to the above, with a 365 horsepower and an 1800 RPM. Its flywheel is 14 inch and a Sae-1 housing. The power governor is mechanical with a water-cooled exhaust system. On the contrary, has a dry turbo system but a keel cooling system.

We guarantee our customers the following

1. The best deals in town, with quality as the main factor in our machines, and commitment to our word.

2. Our workers are experts in maritime technology, both as technicians and authority in maritime affairs. This guarantees experience and surety in our research and development.

3. Our stores are well stocked with all engine models and specifications. The above stocklist is a testimony to that effect, with other under maintenance, and will be uploaded soon.

Want to surprise someone with a trip to a foreign country? This is all you need to know

Discover These 8 Factors to Consider Before Purchasing Used Minibuses